Mile High Development has played a significant role in partnering with municipalities in developing major facilities that house city governments and associated uses. Examples include the Wellington E. Webb Municipal Office Building, a 12 story, 700,00 sf office building developed in Downtown Denver in 2000-2002 and Lakewood City Commons, a mixed use retail and office project developed in 1996-1999, that houses the City of Lakewood main offices and City Council chambers. 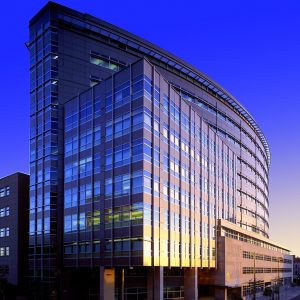 The Wellington E. Webb Municipal Office Building is a beacon at the center of the City governmental heartbeat. The philosophy behind its origin was to create a central location for over 50 City agencies. Ultimately, this provides the taxpayers a…