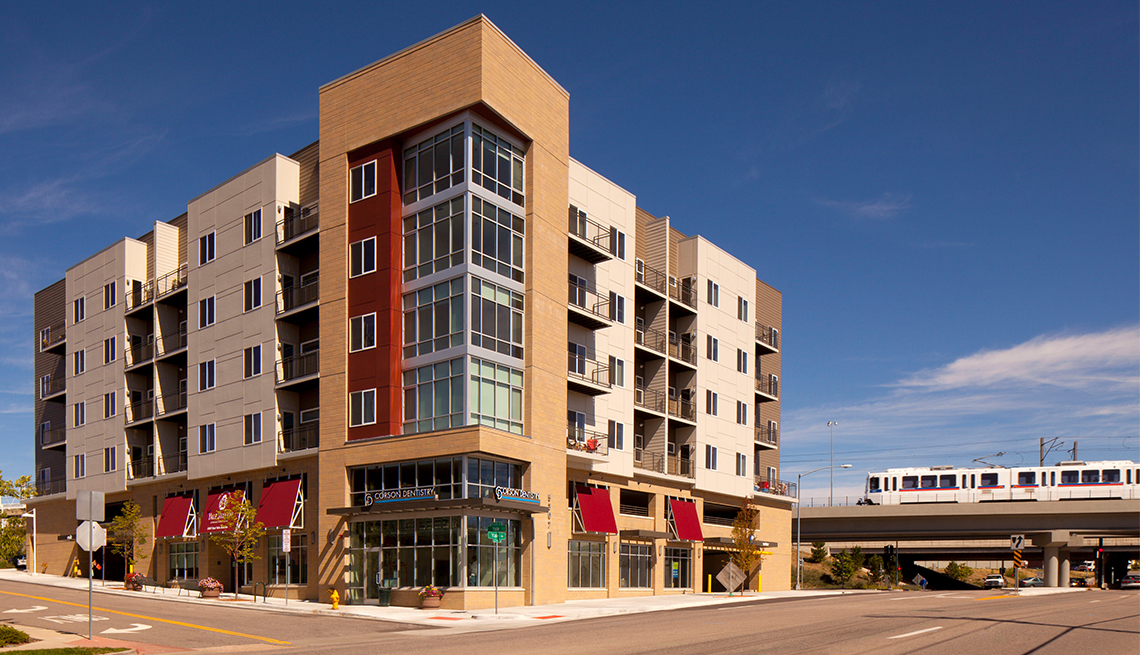 "Transit-Oriented Development (TOD) is an approach to developing the built environment that integrates higher density new construction with transit, creating synergies that enhance the value of both. It is characterized by a pedestrian‐oriented environment that allows people to live, work, shop, and play within a 5‐10 minute walk of a transit stop. Clusters of TODs contribute to creating transit-oriented communities." ~ RTD 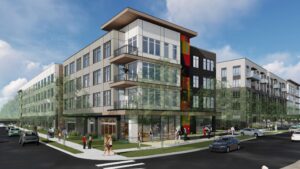 The Point Crossing is a new affordable workforce housing project located adjacent to the Regional Transportation District’s (RTD) Nine Mile Station in Aurora, Colorado. The proposed project will be constructed within the 22-acre redevelopment known as The Point at Nine… 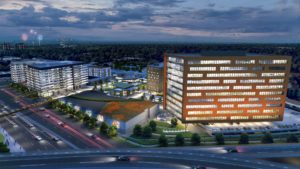 The Point at Nine Mile Station is a redevelopment of the Regatta Plaza Shopping Center, a 22 acre shopping center developed in the early 1980’s that flourished for many years, only to fall into dis-repair through neglect, in the early… 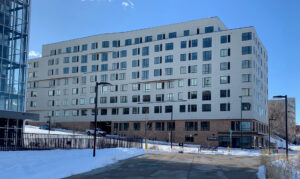 The Sheridan Station project is a new 8 story affordable multifamily development with 133 residential units with a variety of bedroom sizes including; 92 one‐bedrooms, 29 two‐bedrooms and 12 three‐ bedroom units. Unit amenities include… 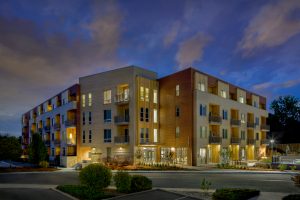 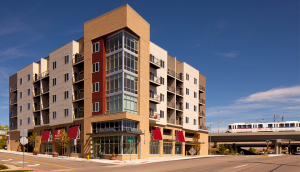 The Apartments at Yale Station

Senior Affordable Housing The Apartments at Yale Station is a six-story, 50 unit senior affordable housing project accommodating 40%, 50% and 60% AMI income levels. The project is located directly adjacent to the Yale light rail station at I-25 and…